The Five Stages of Team Development and Its Importance 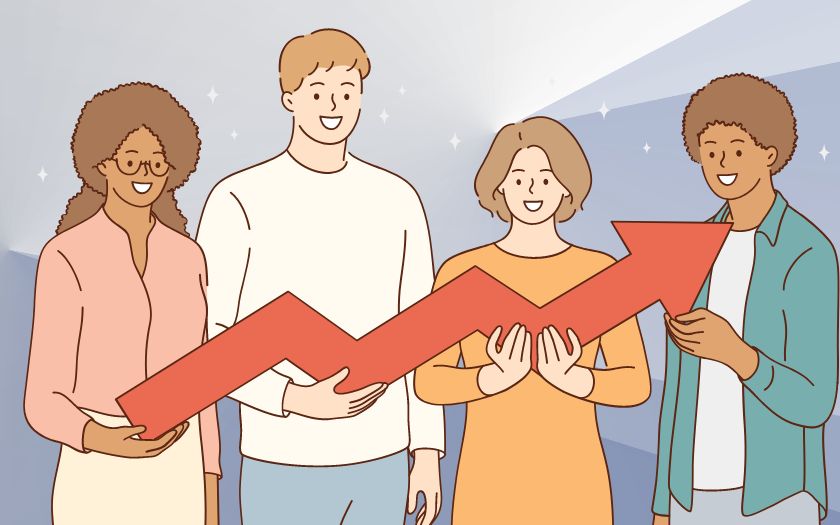 The psychology has offered us a lot in the past and will continue to offer in the future.

Popular psychologists have understood the behaviour of beings and provided theories that can make the world a better place to live. One such theory was developed by Bruce Tuckman in 1965 regarding team development, and stages involved in team development. Bruce added a stage called “Adjourning” in this theory in 1977 and made the stages of team development more realistic.

In this article, we will chat about stages of team development and what tips you can adapt to develop an awesome team that can drive your organization to the heights of success.

We will look closely into each stage of team development, and try to understand the tips that can make the stages of team formation more efficient.

This is more like a first date where members are polite, and they choose to keep mum in awkward parts. They haven’t met each other before, so you can expect polite behavior and a smile on a face from every corner.

Here are some tips you can follow at this stage of team development to make the best out of it:

Discuss each member’s skills, interests, and hobbies. This information will give enough details about every individual, so like-minded people can start having conversion.

Discuss project goals and motive of this team formation. You would definitely love to make sure that all the team members are on the same page when it comes to the project.

In the forming stage of team development, you can create an environment where new people can start interacting. Defining personals interest is one of the finest ways to do that. Two people interested in Chess or Dance will definitely have a word with each other after the meeting.

“He was so polite when we had our first meet, now he is just Sheldon Cooper.”

Yes. That kind of stuff happens. When you realize the person is not exactly the same as you met him/her the first time, you’re stepping into the second stage of team development – Storming.

Storming is actually very good as each member will start to know each other closely. It can have a positive as well as a negative side. The positive side is, members will be closer psychologically after knowing each other, and that will flourish the work. The downfall is, there will be some clashes of opinion, and hate may arise.

Tips you can follow in the second stage of team development – Storming:

Gather a team meeting if you come to know about such clashes. Try to go to the bottom of it just to understand the workstyle of both the members.

If it’s necessary, involve yourself between the two members to make the workflow smooth.

This is the stage where members accept each other as they are.

“He keeps on listening to metal. But, he is awesome at graphics.”

In this stage of team development, every one understands that each member is different, and they start working with joint efforts, despite the clashes they hold. They understand that work should not be compromised because of the clashes, so they find ways to deal with personal issues.

Tips for the third stage of team development – Norming:

Appreciate the team members who found ways to solve clashes and chose to work together. It may motivate them to become closer friends, and inspire others as well.

Keep reminding the team about the importance of the project, so if some members are finding hard to settle down, they will start finding way to connect.

Performing is the most beautiful stage for the project. Members are in sync, they have understood each other very well, and the performance of the project is at the peak.

Tips you can follow in the fourth stage of team development – Performing:

Even though this is the golden time of the entire process, change in opinion is still going to happen. You would love to make sure something small doesn’t turn up too big.

Adjourning is a painful phase for team members where project is completed and everyone has to separate. Few members will be emotional as they have made wonderful friends over the journey, while some may be in relief that the project is finally completed.

Tips for the last stage of team development – Adjourning:

Well, there’s no particular tip for this stage. You can genuinely appreciate the hard work of your team and wish them good luck for the future.

Why is team development important?

Team development is critical for an organization because it ensures that all members of the team are working together to achieve the project’s goal. The emphasis is on building a team that will prevail at all costs and attain long-term progress.

When applied in real-world instances, team development can quickly become challenging. However, one point consistently emerges in studies and research as critical for leaders to understand: when a team’s cognitive, motivational, and behavioural resources are accurately aligned with work demands, the team performs  effectively.

This compelling alignment between a team’s intention and the task can be observed in a variety of everyday contexts. In general, we can see effective team development in sports on a regular basis. The most popular sports teams are driven by this alignment of motivation to work together to achieve a single goal – defeating their opponents.

The sports analogy is also easily transferable to the workplace. The most effective teams are those that connect, communicate, and collaborate to achieve a single goal or task. It is the role of effective leaders to understand how to develop these individual strengths and direct them to achieve the outcomes that lie within their collective potential.

We learnt about the stages of team development, and what tips you can adapt to build the best team in the world. Apart from that, here are some things you should keep in mind in the entire process of team building:

As a leader, you have to take decision that are not in favour of some employees. But the best thing to do is to remind them about the motive of the project or organization. Whether you’re a team leader or an employer of an organization, you must make sure the motive is not hurt.

Keeping the purpose clear will help you in decision making. Sometimes what happens is you take decisions that are not easily accepted by a few members. But, you have to make sure they know why you took that decision.

If it helps, involve each member in the decision making process, and let them know why you took that decision. Because there are going to be tons of conflicts, and each time work is affected, there’s a plenty of loss waiting for you.

2. Ground rules are must!

To fulfill the motive of the project, you definitely need some ground rules. Despite every member being different in nature, there are certain rules that must be followed. Like:

You can set up ground rules according to project need, but you should be the one who make sure they are followed. To keep everyone on the same page,  You can use time tracking app and project tracking tool to make sure the project is heading in the right direction.

When team members are given such freedom to decide, they give more efforts in the project and things become brighter.

4. Conflicts are normal, but never avoid them

As we discussed, conflicts are one of the major parts in team building process. They can lead to good connections or bizarre situations. As a leader, you want to make sure conflicts are resolved, and feasible approach is chosen.

But, never make the mistake of ignoring a conflict. It can grow, and turn the table other way round. There might be some situations where it becomes impossible for two people to stand in the same room. So, before things go wild, take charge and help them resolve!

Sometimes, in a meeting tons of issues are discussed and it becomes unclear the motive of the meeting in the end. Take a brief of meeting at the end to summarize, so the members stay on the same page.

You can also take feedbacks to improve upcoming meetings. Someone would say “This meeting was about X, but spend 20 minutes in discussing Y.”

Such way, you can use feedbacks to improve further meetups.

The process of creating and developing a team is one of the most important factors in the success of your project or company. To develop the team in the finest way possible, it is utmost important to understand the stages of team development from the root.

Do let us know your thoughts in these stages of team building, and we will be happy to discuss your ideas. 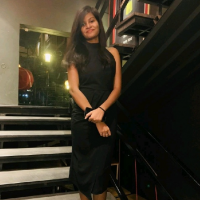 Bhagyashree Shreenath is a full-time Content Writer at Keka Technologies. She is very passionate about writing and loves to write about the gaps in organization & human resource management strategies to handle the related concerns. When she isn’t writing, you will find her reading a book, or exploring new places.