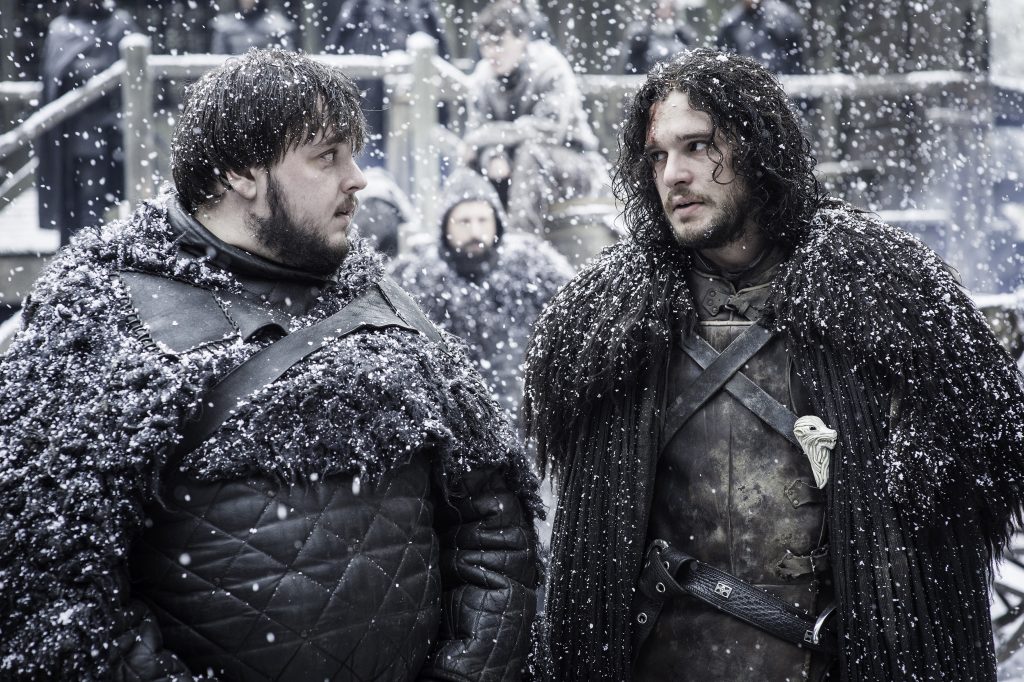 The Wait Is Over. With The Final Season Finally On Our Screens, Let’s Take A Quick Revision Of Some Key Lessons From Game Of Thrones.

Turns out, there is not much difference between the world of Game of Thrones and the ruthless corporate world that we live in today.The situations might be different, but the kind of competition to reach the top is as brutal as in the show, only more subtly projected.

Leaders Dohaelis (All leaders must serve)

Since we do live in a world as harsh as in Westeros or King’s Landing, there are a few things that leaders can take a leaf out of from this extraordinary show.

Since the world is already obsessed with this show and the internet is ablaze with fan theories and spoilers, here is another take for leaders in the corporate world. Most often, these are lessons learned the hard way.

No spoilers ahead, we promise! We know as much as Jon Snow…nothing!

1. Do Not Rely Too Much On The Background

Throughout the first three seasons, Jon Snow was (and still is) referred to as a bastard and looked down upon. The audience also never took him too seriously in the beginning. But he never let it affect him and this confidence today has made him the King in the North. This is because some people saw his potential and trusted in him. And today, he is the actual heir to the Iron throne as a Targaryen (too bad he has no idea about it…yet!).

2. Be Kind And Have Faith In Yourself And Your People

Being the mother of dragons is not the only reason why Daenerys Stormborn is a queen today. Her followers call her Mhysa (mother) by choice and not by force. Dany has a kind heart and she has freed many slaves and given them the choice to join her as free folk. Qualities such as kindness, generosity, humility backed by extreme confidence in herself are the reasons for her boisterous success. But that makes her no less fierce.

Lesson – Your employees are your biggest strength. You need to have faith in yourself and your goals, but to achieve that you will need their unquestioned loyalty. If you do not trust them and if you fail to empower them, chances are high that your empire might face the destiny of House Tyrell.

3. Rely On Knowledge And Experience To Create The Best Technology

Even though we love to hate Cersei, we know that she has the mind of a genius. The reason is that she always surrounds herself with people who are geniuses in their respective field. This is why she is prepared to face even the most dangerous of enemies – the dragons.

Lesson – We have a technological breakthrough in every aspect of a company’s functioning today. But blindly relying on technology is not going to be the answer. You should always rely on the knowledge people drive from experience and use that to build solutions to problems.

Jon saved Sam’s life at the night’s watch. They are best of friends today and trust and admire each other for their honesty and selfless attitude. Because Sam values this relationship so much, he is on his path of becoming a maester so that he can help Jon when the time comes. He is also the one who told Jon about the dragon glass, remember?

Lesson – If you are a non-altruistic and benevolent leader, you will have supporters and admirers throughout your life. And these people will help you sail through your toughest times, repaying their debts to you for your selfless contribution to their lives at some point.

5. With The Right Guidance And Experience, Women Can Lead At The Top

It is only in Season 7 that we have got to witness a leadership side to Sansa. The seasons prior to this showed her struggle and challenges that made her transition into this admirable personality. All this coupled with mentorship from Peter Baelish and Jon, she has managed to be in charge of the North now in Jon’s absence.

Lesson – Women in the corporate world who start at the bottom of the ladder, slowly learn through challenges and mentorship. When guided in most powerful ways, these are the women who can take the corporate empire by storm. Create such environments for them to prosper.

Arya has finally returned home after the first season and is a different person now. She is fierce, brutal and fully confident in her abilities, all of which her experiences at a tender age have taught her. She even gave Brienne of Tarth a hard time at the sword fight. She is a survivor.

Lesson – Irrespective of your age or background, sometimes life gives us really sour lemons, both in our personal as well as professional lives. It is what we make of such desperate times that make us who we actually are.

7. Harsh Leadership Can Come At A Huge Cost

The only reason why Cersei did all the evil things were for the sake of her children. But her actions have now cost her the lives of all of them in shocking ways. Even though she is still struggling to survive, let’s not forget that her people despise her and everyone hates her for what she has done.

Lesson – Most employees quit jobs because of their managers or leaders. It is important to realize that whatever action that the management of an organization takes should be backed by the benefit of everyone at large. Otherwise, people lose faith and quit for better companies.