Home / Blog / Performance Reviews are Not Going to Die. Here’s Why.

Performance Reviews are Not Going to Die. Here’s Why.

Focus on numerical ranks and not on actual employee growth and learning has garnered quite a lot of criticism for the traditional review system. Annual or semi-annual reviews have been termed as awkward, demotivating, biased and not worthy of execution.

Since 2015, more than 30 of the Fortune 500 companies have debunked their annual review cycle. Organizations have begun looking towards more open and social ways of improving performance using technology that enables peer recognition, continuous feedback, and transparent and realistic goal setting.

There have been numerous cases where we have heard how performance reviews are unfair and end up hurting employee morale and engagement. But there is also a contradicting finding. A recent global research by CEB which surveyed more than 9000 managers and employees across 18 countries found that not having evaluations is actually worse. The survey found that by eliminating performance reviews, the overall results and productivity can drop significantly, by up to 10%. This can make employees much more likely to leave the company.

Let’s start with one of the category leaders in this space – Facebook. Facebook analyzed its performance management system by conducting focus group discussions and a follow-up survey with more than 300 people. These initiatives revealed that – 87% of employees wanted to keep performance ratings. On the other hand, Accenture only had the rating numbers hidden from the employees, but they had managers using the ratings internally for compensation planning purposes.

“Organisations that have abandoned performance ratings have actually found the experience quite negative. Employees find it difficult to see the link between pay raises and performance. As a result, they believe managers are more likely to give money to the person he or she likes. The research should cast a word of warning to companies that are thinking about jumping on this trend of abolishing reviews.”

The reality is that even though performance ratings have their own share of justified criticism, they are also important. Ratings are most critical when decisions relating to pay and promotions need to be undertaken. For this, performance needs to be assessed and a value needs to be given to make decisions. The truth is it is very difficult to decide on the pay scale of an employee without any formal evaluation. This is why ratings are still done behind closed doors, without any input from employees being evaluated.

Ratings are also a preference for high performers as they take it as a form of recognition for the work they are doing. Any kind of replacement then makes them doubt the validity of reviews. Even from an employee satisfaction standpoint, research that has shown that when the process is fair and applicable to all, employees are more willing to accept undesirable outcomes. Without an empirical way of coming to decisions, employees are mostly left in the dark as to how exactly they were assessed.

At Facebook, the hiring managers translate their ratings into compensation. There are equations set in place which have no room for manager bias. This not only saves time but also allows the company to manage pay using compensation expertise.

Organizations are slowly realizing that getting rid of ratings altogether and the absence of a measurable rating system does not aid in effective compensation planning.

Continuous feedback, which has gained wide popularity as a concept can also work when managers have an inherent interest in helping employees improve performance. The goal should be to use goals to facilitate more frequent and productive conversations between managers and their employees. Facebook has brought back its rating system and has reinvented it, but putting employee development, continuous feedback and transparency as core areas.

According to Frances Frei, SVP of Leadership & Strategy at Uber, feedback should not be mistaken as judgment. Instead, the goal of feedback should be an improvement in employee performance. “So the entirety of feedback is improvement. It’s an irresponsible act for me to give feedback to someone if I’m not trying to have them improve,” she says.

Goldman Sachs is also the latest to introduce changes to its annual performance reviews that collates feedback received by employees throughout the year. JP Morgan Chase & Co. also joined the league by introducing a mobile tool that lets workers across the organization send or receive instant critiques of their colleagues. So there are technologies that are getting adopted to make reviews all the more worthwhile for management and employees. But the complete debunking of the “rank and yank” system might cost organizations. Hence, choosing the right strategy is going to be of critical importance.

The new system is not the complete abandonment of ratings. Instead, it identifies new ways of making performance reviews a continuous and transparent process, without letting go of reviews. The wisdom of 2017 is to use modern performance practices for focusing on employee learning and growth, while also keeping the scope traditional reviews open 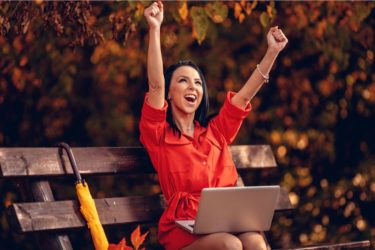 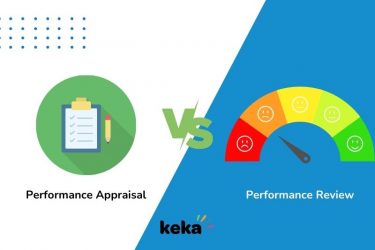 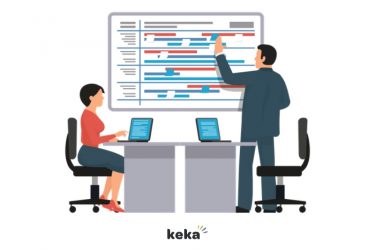