Home / Blog / 4 Companies That Have Solved the Culture Puzzle

4 Companies That Have Solved the Culture Puzzle

Up until a decade ago, company culture was a term mostly discussed behind closed conference doors by HR leaders.

The game has massively changed today, as culture reigns among the top indicators of employee performance and organizational growth.

Employees have come to expect a great culture, along with benefits and perks when they join an organization. Several international platforms such as Glassdoor and LinkedIn have increased transparency on a global level with reviews and ratings for everyone to see. This has made organizations much more vulnerable and open to scrutiny than they ever were. Negative culture is something that makes rounds very quickly. There have been a lot of stories circling over the internet about toxic corporate cultures, which have affected companies badly. Amazon’s culture was described as “bruising” by a New York Times article, and Uber’s culture as aggressive and unrestrained.

But there are also companies which have understood that culture goes beyond superficial elements like ping pong tables and beer Fridays. Culture is about keeping people happy, helping them grow and feeling valued. When people are happy, they are likely to be more productive and high performers.

While there is a no one-size-fits-all approach to company culture, there is no harm in taking inspiration. Here are the top picks from us:

Netflix is not just a streaming juggernaut redefining the way we experience entertainment, but has been time and again mentioned as the best place to work. Its commonsense approach to culture, as they call it, has inspired many organizations worldwide.

The reason for such a business transformation of Netflix is often attributed to its positive work culture. The company’s chief talent officer at the time, Patty McCord had redefined the way company cultures are built, by listening to people rather than following established models. Instead of listing the company’s core values like every other organization, McCord went ahead and decided to write down the things that the company valued, and what they expected from their people. For instance, if the company wanted courageous employees, they made sure employees know what “courage” looked like and didn’t look like.

Netflix’s culture is one that demands self-sufficient employees who feel responsible towards the company, who are accountable and who practice innovation. The leaders of the company took many risks, refused to follow what the world was following, and created a culture unique to their own company.

Employees at Netflix aren’t judged by the number of hours worked, but rather evaluated on the basis of their abilities and accomplishments. They are given the responsibility of policing themselves and being self-sufficient, basically treated as adults. This has worked well in terms of creating accountability and not burning employees out. Given the freedom and flexibility, employees are productive, responsible and happy, and the business results are pretty much in front of us.

Asana is known to have one of the best company cultures in the tech world. The current founders who are former Google and Facebook employees made culture a priority from the very beginning. The result – a rare perfect rating on Glassdoor and a spot on Glassdoor’s Top 10 Best Places to Work in 2017.

Asana’s founders Dustin Moskovitz and Justin Rosenstein made culture as big a priority as the product from the first day itself. They created core values which included things like a healthy work-life balance, inclusiveness, embracing mindfulness and equanimity, taking responsibility and open, honest communication at all times.

They managed to achieve this by treating culture as a product. They looked at culture as something that needs to be created with the utmost thought, dedication, and team effort, just like any product. It also needs to be tested and retested, to ensure the perfect version has been achieved.

“Even if companies are just out there to make money, they should still invest in culture. Treating each other well, being respectful to each other, building a culture you actually want to live in, these are all things that make people happier, and in the end, more productive.”

They ensured that employees from various departments met on a regular basis to openly discuss where they are at from a cultural standpoint. The feedback would then be taken into consideration and changes would be implemented on a mutual basis. Asana also actively surveyed their people on an anonymous as well as one-on-one level. This information was spread on a transparent level to one and all, and changes made after taking everyone’s opinion into account.

A recent winner of the prestigious WorldBlu Freedom-Centered Workplace Award, Zappos has been setting higher standards for company culture with each passing year.

Since its inception, Zappos has tried to live by its foundational value of delivering happiness to customers, employees, and vendors. Ensuring these three elements automatically took care of profits.

These ten core values have been treated as assets. Recruitment is also done on the basis of the cultural fit rather than a job fit. People are hired on the basis of how well they relate to these values and how much they mean to them.

The cultural fir interview carries half the weight of whether the candidate is hired. Cultural fir is given as much importance as the qualifications and experience of the candidate. New employees are in fact offered $4000 to quit after the first week of training if they realize or decide the job is not for them.

Promotions and employee raises come from building capacities and skills. Every employee has to pass a skill test for any pay raise. Performance evaluation also happens on the basis of adherence to core values. One manager, employee or office politics is not the basis for raises. Portions of budgets are kept aside for team building efforts and employee development.

“It’s important to check in with our employees and make sure Zappos is working for them as much as they’re working for Zappos. “We’re committed to operating as a self-managed company and a big part of that is making sure employees feel empowered to make changes in the organization, especially as they affect our customers.”

Zappos proves that when you get company culture right, great customer service and a great brand become automatic results. It publishes an annual 480-page Culture Book which highlights unedited versions of existing employees work experiences and their understanding of Zappos culture.

Rated as Johns Hopkins Top 3 Healthiest Workplaces apart from many other recognitions, NextJump has taken employee wellness to a whole new level. Despite having a successful business, what NextJump is more known for is its unusual culture.

Harvard researchers Robert Kegan and Lisa Laskow call NextJump a “deliberately developmental organization.” This means that NextJump puts as much emphasis on helping employees learn and grow as humans as it does on any business or revenue goal. Because they invest so much in their people, they reap more profits, have more satisfied and functional teams and display more innovation than other companies.

Charlie Kim, CEO at NextJump, has also redefined leadership in a lot of ways. While comparing leadership to parenting, he asks if your family is going through a hard time, will you lay off one of your children? The answer to this is obviously no. Simon Sinek also talks about this in one of his TED talks on great leaders.

If a child in a family comes home with a D, parents will most likely try their best to present him or her with opportunities to do better the next time and in future. However, this is not the case in businesses. If an employee does not have a satisfactory performance (which is mostly judged on the basis of unfair and subjective performance reviews), that employee has a higher likelihood of being laid off. Organizations which operate on such principles do not have great leaders.

Charlie Kim also introduced a lifetime employment policy at NextJump which states that an employee can never get fired because of performance issues. If at all there is a lack of optimal performance, that employee will be hand-held, guided, coached and given all those opportunities that can help him become a better professional.

The key here is to hire the right people so that organizations are sure from the very start about the potential of a candidate. Smart and thoughtful recruitment is extremely crucial and organizations need to do this better so that they are sure of who they are giving a chance to, from the very beginning.

What seems to be common in all these successful companies is the emphasis given to cultural fit, exceptional leadership and the consistent drive towards making employees better and happier. The focus is always on people over profits. Business is definitely a human endeavor.

Something to learn from, perhaps?

Future of HR: Why 2023 is the Best Time to Enter the People Profession
Ahmed ZD 15 min read 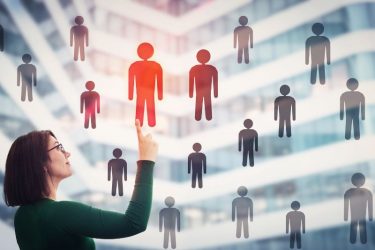 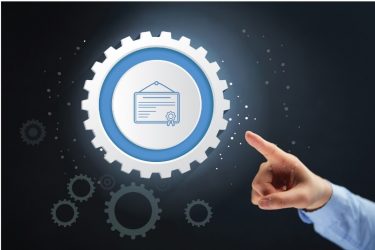